WinQuik will offer up to 5 daily games of multiplayer quizzes. Prime time quizzes will be run by well known hosts with a wide range of new and interesting topics for players to compete in. 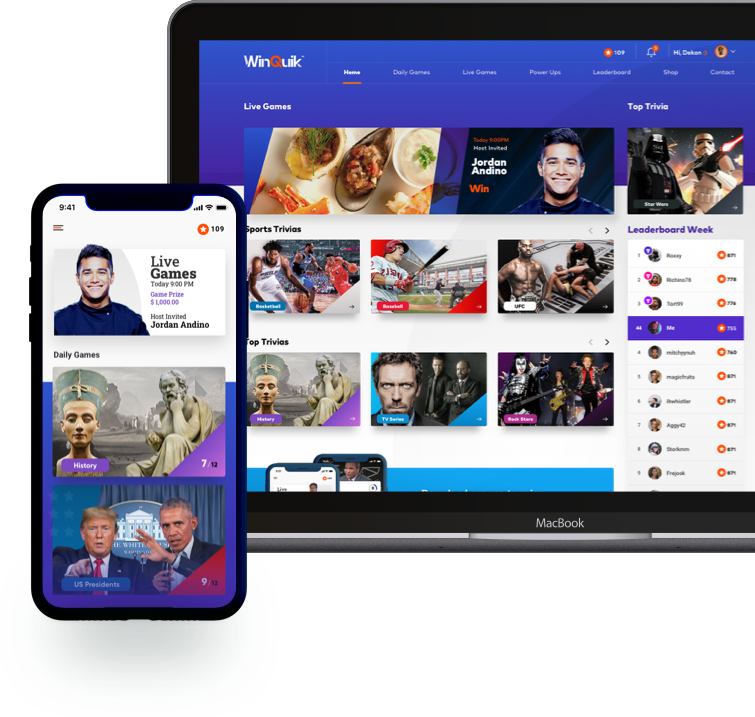 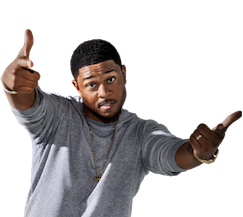 Pooch Hall was born in Brockton, Massachusetts, where he played football, ran track and boxed. Pooch won the Southern New England golden gloves in 1994. He started acting at the age of 21. After starring in several independent feature films, Pooch got his big break as football player Derwin Davis on BET’s The Game. Other credits include features, Jumping the Broom, Carter High, Chuck and A Dog’s Purpose as well as the series Suits, Criminal Minds and Unsolved. Pooch just wrapped 7 seasons as Daryll in the Emmy award winning Showtime series Ray Donovan and will be appearing in the Russo Brothers’ upcoming feature Cherry. 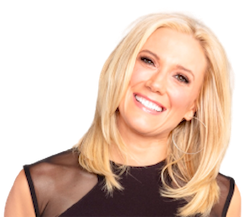 Amber Theoharis is an Emmy award-winning journalist, documentary filmmaker, and tech executive who has appeared recently on NFL Network, Fox Sports, FS1 and The NFL on Westwood One.

In addition to her 20-year award-winning television career, Amber is a writer and producer. Her documentary The Weight of Gold, co-produced by Michael Phelps, debuted on HBO in July of 2020. She has become a prominent voice for women’s empowerment with her articles published in TIME, Fortune, Sports Illustrated and Thrive Global and has had reoccurring TV appearances on CBS’s The Talk.

In the Spring of 2020 Amber ventured into the world of tech by being named VP of Original Programming for the mobile and digital gaming platform WinQuik. Amber is the lead creative voice in developing content for the trivia app.

Always an advocate for education, Amber serves as an instructor at the NFL’s Broadcast Bootcamp training NFL athletes in media skills. She is also an adjunct professor at USC’s Annenberg School of Mass Communications/Journalism. 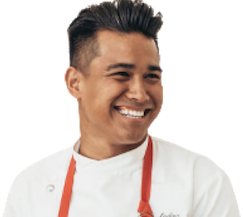 Jordan Andino has rapidly gained clout as one of the freshest, most notable faces in New York City’s culinary world. His hospitality skills and clean unique flavors have been an integral part of the opening of his Flip Sigi restaurants. 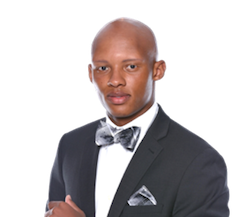 Joshua Dobbs is an NFL quarterback for the Pittsburgh Steelers and recent intern for The National Aeronautics and Space Administration (NASA). Joshua earned an Aerospace Engineering degree from the University of Tennessee where he was a 4-year Letterman in football. Joshua spent the 2020 NFL off-season interning at NASA’s Kennedy Space Center in Florida where he witnessed, firsthand, NASA-SpaceX’s historic launch of astronauts from Florida’s Space Coast for the first time in 9 years. 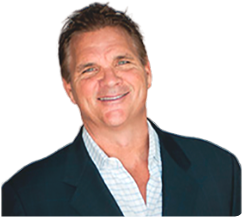 Brian Baldinger is an NFL analyst, former NFL offensive lineman and avid traveler currently in his 16th year with NFL Network. You can catch “Baldy” on the network’s signature shows such as NFL Total Access and Inside Training Camp Live in addition to his hit segments Film Sessions and #BaldysBreakdowns. Baldy is a regular contributor to NFL.com. He and his brothers Gary and Rich became the first three brother combo to play in the NFL at the same time.

During the NFL off-season, Baldy dives into his passion for traveling the globe. He’s swam in every ocean on Earth and has visited over 60 countries!

From 1998-2008 Baldinger was an NFL on Fox color analyst where he worked alongside storied play-by-play announcers such as Joe Buck, Dick Stockton, Pat Summerall and Kenny Albert. 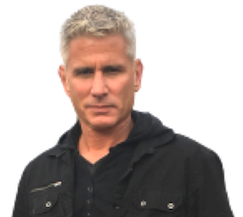 Mykel Hawke is a retired special forces officer, combat veteran and survival expert who is best known for his TV shows such as Man Woman Wild & One Man Army, both of which he created and produced. He has authored over a dozen books on a variety of subjects including survival, medicine and languages. The former Green Beret was rated in seven languages while in the army. He has a master's degree and two blackbelts. In his civilian life, Mykel converted other skills he learned as a member of U.S. Special Forces into licenses as a paramedic, FCC radio operator, deputy sheriff & project manager.

In 2020, Mykel has kept up his operational skills by working in a combat zone doing search & rescue for the U.S. Government and he contines to provide support to Special Operations as a contractor. Mykel’s mission on WinQuik app is to educate, entertain, edify and enrich those brave enough to dare his challenges. 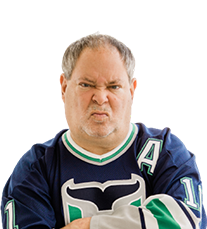 Howie Schwab, ‘The Sultan of Sports Trivia’, is best known as the sports trivia expert and final adversary on ESPN's Stump the Schwab from 2004-2006. Schwab is a native Long Islander and 1982 graduate of St. John's University. He served as the editor-in-chief of College & Pro Football Newsweekly in the mid-1980s before joining ESPN in 1987. By 1995, he was the coordinating producer for ESPN.com. Beginning in 1998, Schwab jumped to coordinating producer of ESPN studio production, where he worked on iconic shows such as SportsCenter and Outside the Lines. Schwab also had several on-air appearances while at ESPN. In 2014, the trivia guru took his talents to Sports Jeopardy! as a consultant and writer. 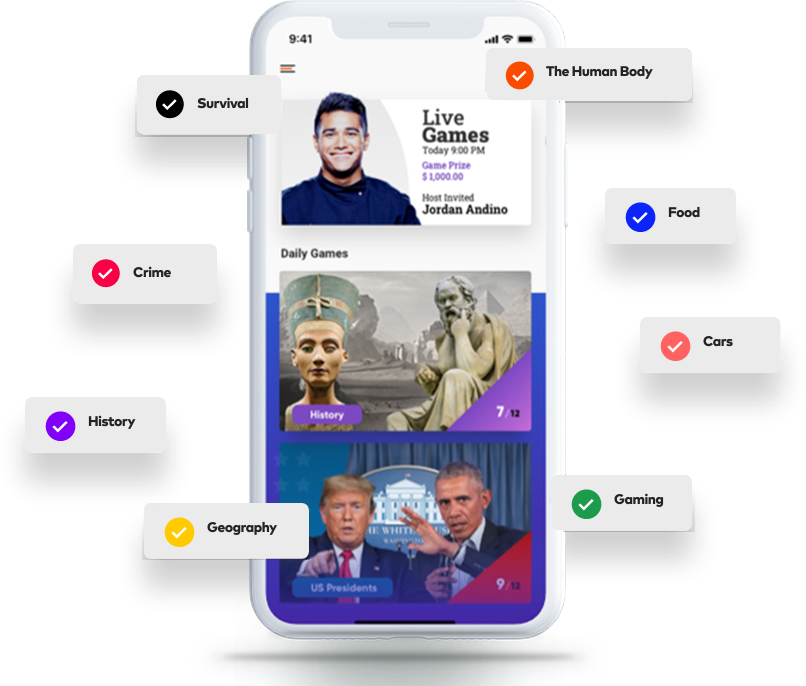